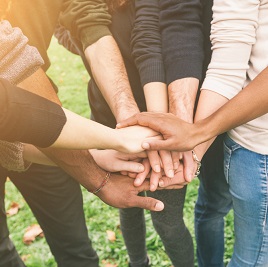 In South Africa, the rising co-morbidity of mental disorders with other non-communicable and communicable diseases, particularly in people living with HIV and AIDS (PLWHA), has helped raise the public health priority of mental health. Depression, in particular, compromises anti-retroviral treatment (ART) adherence and virological suppression, thus threatening the effectiveness of South Africa’s ART programme. There is a great deal of evidence-based treatment for depression and the response of the large number of PLWHA in southern Africa who are in need of mental health interventions. This increased need for mental health services demands an understanding of how best to provide culturally competent care within existing resource constraints. It also requires an understanding of how to provide interventions in a sustainable manner within the existing health system. The study included a qualitative investigation of the cultural understanding and context of depression in a cohort in South Africa. It also included a pilot Random Controlled Trial (RCT) of a custom made intervention – consisting of inter-personal therapy and problem solving approaches – using a task shifting model. The study informed the development of the COBALT RCT currently under way in South Africa. The study was led by Inge Peterson (PI, UKZN) and Dr Jill Hanass-Hancock (HEARD).

Closing the Gap: Training of Health Care Workers and People with Disabilities on the Interrelationship between Disability and HIV

Human Rights Project: Developing a Policy Review Framework for National Strategic Plans and Legal Obligations in the Context of HIV in Africa 2009-2010