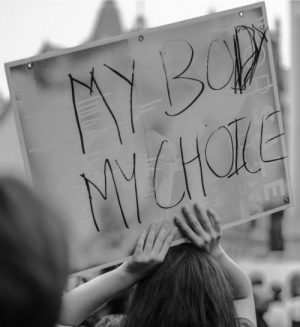 As always, it will the poorest and most vulnerable who will be hit hardest by this ruling—with predictable impacts on their mental health and ability to be financially buoyant.

The worst, immediate outcome will be a rise in illegal abortions—and what will follow from them for those who survive: no access to post-abortion medical care for fear of prosecution.

Throughout the world, the human condition means that abortions cannot be outlawed—only safe ones can. The infliction of this intolerable trap on women in the United States is being ushered in by states without any consideration of medical nuances—indeed, we have already had reports of legal contestation over the decision to terminate a non-viable foetus, even though the woman’s life is in imminent danger.

This legal development is not something that those of us in public health—and sexual and reproductive health in particular—can shrug off as a passing anomaly, or as something distant with little potential to affect other countries and communities. This is because the normative influence of the United Sates is very considerable and there can be no doubt that regressive and repressive forces elsewhere will take great encouragement in advancing similar agendas, or keeping in place restrictive practices against which so many women and health advocacy groups continue to struggle.

In addition, the practical reach and leverage of the United States is very considerable—as we have seen with the ‘Global Gag rule’ ushered in under successive Republican administrations—greatly expanded during the term of former President Trump. With the possibility of a Republican Congress in 2024, there is no room for complacency. The radical and pernicious effects of the Supreme Court ruling could well be the start of a much more sweeping retrenchment of sexual and reproductive health as a human right and as a citizen entitlement in many countries, especially developing ones, given the dependence of so many on US development assistance.

Since its inception, the Health Economics and HIV and AIDS Research Division (HEARD) at the University of KwaZulu-Natal (UKZN) has had rights at the centre of its research and advisory work; and all of our documented findings—including, but not limited to HIV and AIDS—reinforces the centrality of rights-based approaches to both prevention of human harms and the promotion of human health and well-being.

It is a terrible blow to us and our many partners across the African continent and globally that a country which has done so much to fund the struggle against HIV and AIDS and has supported so much public health strengthening throughout the world should now have made allowance at home for the perpetration of untold harm to its citizens who can become pregnant. The Supreme Court’s decision is deeply regrettable, but we do take some hope in the individual initiatives of some individual states, the values of President Biden and the moves already afoot in the legislative branch to blunt the impact of the abortion bans now be implemented. HEARD stands, as it always has, shoulder-to-shoulder with everyone working for the empowerment of women, for truly plural and inclusive  health and for the realisation of human rights for all.

Engaging communities: the key to leaving no one behind in the era of UHC.