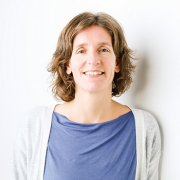 Carolien Aantjes (PhD, MPH) is a research fellow at HEARD with a focus on sexual and reproductive health and rights, and health system strengthening. Carolien has extensive, international experience in the field of HIV and AIDS and public health. She worked, among others, for the Ministry of Health in Namibia as a coordinator of a regional AIDS programme and as a public health nurse for the municipal health services of Amsterdam on HIV screening, detection and treatment of sexually transmitted diseases. She undertook many short-term consultancy assignments in Africa and Asia, assisting national governments, funding agencies as well as local NGOs in the design or evaluation of their HIV interventions. Carolien previously worked as a post-doc researcher and lecturer in Global Health at the Athena Institute of the VU University in Amsterdam, the Netherlands.

Carolien’s main research interests include sexual and reproductive health and rights (SRHR), and the deeper socio-cultural, legal, political and economic structures which lead to health inequities. Since 2015, she has been engaged in HEARD’s interdisciplinary research on unsafe abortion in Eastern and Southern Africa, and has served as both project leader and country PI in two large studies focussing on key populations in Africa and in Eastern Europe, Central and South-East Asia. She is currently engaged in conceptual research around SRHR and universal health coverage, and a needs assessment on the SRHR of adolescent boys and young men in five countries in Eastern and Southern Africa.

Exposed and unprotected: Sex worker vulnerabilities during the COVID-19 health emergency in Mozambique

Aantjes, C., Crankshaw, T. and Freedman, J. (2022). Impacts of Colonial Legacies on the Rights and Security of Sex Workers in Southern Africa International Journal of Gender, Sexuality and Law 2(1): 273-297.

Aantjes, C.J., Burrows, D. and Armstrong,R. (2021) Capacity development in pursuit of social change: an examination of processes and outcomes. Development in Practice, 1-16.

Aantjes, C.J., Ramerman, L., Bunders, J.F. (2014) A systematic review of the literature on self-management interventions and discussion of their potential relevance for people living with HIV in sub-Saharan Africa Patient Education and Counseling, 95, 2, 185-200