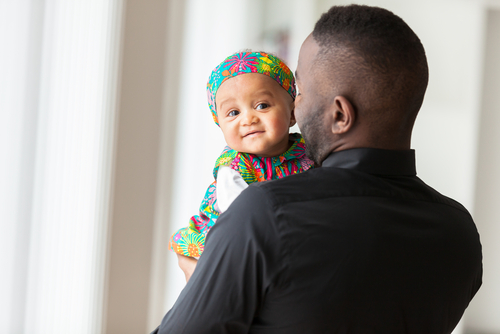 The first 1000 days of a child’s life (from conception to two years old) is a critical moment for building long term health and wellbeing. Evidence suggests that engaged fathers can contribute to a child’s health, alongside being a pathway towards building gender equality. While much research has focused on fathering in general, we focus on fathering during the first 1000 days and explore men and women’s perspectives and experiences of this.

This study forms part of a set of projects in the Gender Equality and Health Programme, falling under ‘Transformations: a gender transformative maternal and early child health’ focus area. Projects focus on building gender equality and reducing HIV risk both in the short term and long term through improved maternal and child outcomes. This study adds a new dimension to transformations through a focus on men and engaging men for gender equality. While much work has been done around male engagement in prevention of mother-to-child transmission and fathering more generally, little has focused on the first 1000 days. As such, it provides an initial platform for the Gender Programme to explore male engagement over this period enabling the team to build a wider set of projects in this space.

In-depth interviews with 30 young men and 10 young women and 3 focus groups, all who have children under 2 years of age.

Vukuzakhe, ‘Arise and build yourself’: Self-development as a tool for strengthening sexual decision-making, focusing on young people in the KwaSani area near Underberg, KwaZulu-Natal

Baseline survey for implementation of a SRHR, HIV & AIDS, and governance project