Effect of art scale-up and female migration intensity on risk of HIV acquisition: results from a population-based cohort in KwaZulu-Natal, South Africa 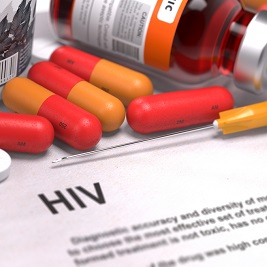 Background: Despite increased antiretroviral therapy (ART) coverage, the incidence of HIV infection among women in rural South Africa remains high. While many socio-demographic and behavioral factors have been identified, the effect of female migration intensity on the risk of HIV acquisition before and after ART scale-up has not been evaluated in the country.

Methods: We followed 13,315 female participants aged 15–49 who were HIV-uninfected at baseline and recorded their migration events between 2004 and 2015. Using a Cox proportional hazard model, we estimated the time to HIV acquisition among the women, adjusting for annual migration intensity (high: ≥2 events/year, moderate = 1 event/year, and low = 0 event/year) before and after ART scale-up in 2010.

Combined structural interventions for gender equality and livelihood security: a critical review of the evidence from southern and eastern Africa and implications for young people

Mandatory HIV testing in pregnancy:  Is there ever a time?

Medical pluralism predicts non-ART use among patients in need of ART: a community survey in KwaZulu-Natal, South Africa