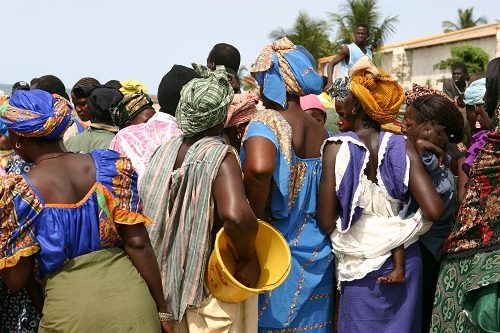 The current pandemic has exposed and exacerbated many existing inequalities both at national and global levels and has left many of those who were already in vulnerable situations at increased risk, not only of disease but also of other forms of violence and insecurity. For those forcibly displaced by conflict and emergency, and currently living in refugee camps, or in other temporary or makeshift accommodation, their already dangerous and unsanitary living conditions have, in many cases, worsened. They are at increased risk of contracting the disease because of the already unhealthy conditions in which they live, often with little access to adequate washing facilities, health services or medicines. For those who have no “home” and are living in the street, the injunction by many governments to stay at home has no meaning, and they are unable to follow advice to protect their health. In addition, networks of solidarity and support for refugees and displaced people have been severely disrupted by the crisis. Within these populations, the impacts are not evenly spread, as existing intersectional forms of domination and inequality make themselves felt.

For women, and other vulnerable groups such as LGBTQI or transgender people, existing problems of violence may also have been worsened. In emergency settings, research has shown that women are often already those who bear primary responsibility for the day to day survival of their families. In the current epidemic this is made more difficult and may also place them in situations of greater risk of violence. Increasing stress over livelihoods and living conditions can also increase risks of intimate partner violence. Data from around the world has shown an increase in IPV as partners are confined together. In emergency situations where households are under stress these risks are very high. There is also emerging evidence that the use of military and police forces to enforce lockdowns might be placing women and girls at increased risk of sexual and gender-based violence. At the same time, protection services, and health and social support services for victims of GBV have been restricted. The economic impacts of the COVID-19 crisis might also lead to increasing engagement in transactional sex for survival, and to sexual exploitation and abuse.

As health services focus on COVID-19, this may also lead to further restrictions and gaps in sexual and reproductive health services, often in contexts where these are already lacking. Women may have even greater difficulties accessing contraception and safe abortion services, and financial resources which may have been used for the provision of these may be diverted to COVID-19 response in the short and longer terms.

The various types of risk and insecurity which are produced or exacerbated by the COVID-19 pandemic and the responses to it must be acknowledged and explored so that responses can take into account the very real risks posed not just by the virus but by its socio-economic and cultural impacts on different members of the population.

*Jane Freedman is a Professor at the Université Paris 8

Time to bring people with disabilities into development

Insights: On men, masculinities and HIV

From exceptionalism to the challenge of ending AIDS by 2030