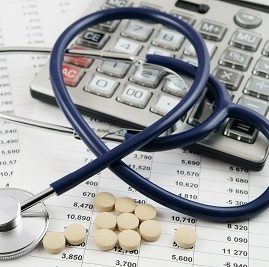 The purpose of this work is to create a map of itemised codes from the SA Basic Accounting System (BAS) to the Sector Health Accounts (SHA) 2011. This mapping needs to be validated at the national, provincial and district level.
In order to achieve this, a number of tasks need to be undertaken, including:

The process requires working closely with the National Department of Health (NDoH) as well as provincial and district departments, and the WHO in order to ensure harmonisation of the BAS and NHA systems.
The above outlines a methodology, which, contributes to an accurate mapping of the health expenditures from the BAS to the SHA2011. This is an important first step in populating the NHA system in South Africa, as the BAS is a primary source of health expenditure data in the public sector. This process is not only important for the WHO but also for the South African NDOH. The NHA will empower the NDOH and provinces with data for budget preparation, support health departments in discussion on raising resources for health with Treasuries, allow for the evaluation of expenditures of provinces on hospitals, clinics, primary care, administration and non-negotiables, and help estimate the total administrative costs of the health system. Key outputs include a table mapping BAS codes with SHA2011 in all relevant dimensions, a report describing the mapping table with justification for coding, as well as rendering support and knowledge transfer during the process.