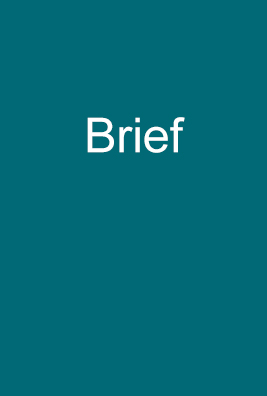 WHO/UNICEF specified that countries with a high HIV prevalence, low rates of male circumcision and heterosexual epidemics should consider scaling up male circumcision as part of a comprehensive HIV prevention package. While the model shows that this scale up would cost a total of US$1.5 billion by 2015, it could result in net savings of US$16 billion. Other models have suggested that voluntary male medical circumcision (VMMC) scale up would reduce HIV incidence in Eastern and Southern Africa by roughly 30-50% over 10 years. This technical brief explains how, on a global level, the WHO and UNAIDS Joint Strategic Action Framework which is consistent with, and aims to advance, UNAIDS’s 2011-2015 Strategy, WHO’s Global Health Sector Strategy on HIV/AIDS 2011-2015, and PEPFER’s five-year strategy. In terms of regional experience and promising practices the “Operational guidance for scaling up male circumcision services for HIV prevention”, the “Progress in scale-up of male circumcision for HIV prevention in Eastern and Southern Africa: focus on service delivery and the “Scaling-up male circumcision programs in the Eastern and Southern Africa Region, Country update meeting to share lessons, explore opportunities and overcome challenges to scale up” documents developed by the WHO and UNAIDS are explained. Regarding demand for VMMC scale up, this brief emphasizes the importance of effective communication of VMMC related information. In terms of VMMC program implementation, this brief suggests a number of strategies that should be incorporated into pre-procedure, procedure and post-procedure respectively. Challenges and recommendation stem from the issue of VMMC not completely reducing the risk of HIV. Barriers and acceptability of VMMC occur at the individual, social and structural levels. In relation to the regional level discusses the countries that have not included VMMC in their national strategic plans (NSP), as well as those who have limited information on proposed plans. And finally, short discussion of the factors that have contributed to effective scale up is provided. The inclusion and detail of procedures on VMMC roll out in country level NSPs are evidenced in 70% of the countries, with only five countries not including VMMC in their NSPs. However, certain good practices, such as the inclusion of monitoring and evaluation of VMMC in NSPs, determining VMMC acceptable levels prior to program roll out, approaching schools for accessing boys for VMMC, and addressing risk compensation during pre- and post-counseling occur in very few or no countries.

HIV, disability and rehabilitation: considerations for policy and practice

Towards microbicide rollout in sub-Saharan Africa: ensuring microbicides are an effective tool for HIV prevention and women’s empowerment