The end of AIDS: possibility or pipe dream? A tale of transitions 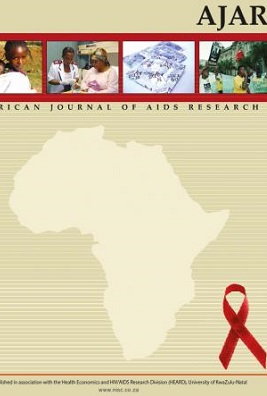 Globally, in the last 20 years health has improved. In this generally optimistic setting HIV and AIDS accounts for the fastest growing burden of disease. The data show the bulk of this is experienced in Southern Africa. In this region, HIV and AIDS (and tuberculosis [TB]) peaks among young adults. Women carry the greater proportion of infections and provided most of the care. South Africa has the dubious distinction of having the largest number of people living with HIV in the world, 6.4million. HIV began spreading from about 1990 and today the prevalence among antenatal clinic attendees is 29.5%. A similar situation exists in other nations of the region. It is an expensive disease, requiring more resources than are available, and it is slipping off the global agenda, both in terms of attention and international funding. Those halcyon days of the decade from 2000 to 2010 are over. This paper explores the concept of three transition points: economic, epidemiological and programmatic. The first two have been developed and written about by others. We add a third transition point, namely programmatic, argue this is an important concept, and show how it can become a powerful tool in the response to the epidemic. The economic transition point assesses HIV incidence and mortality of people infected with HIV. Until the number of newly infected people falls below the number of deaths of people living with HIV, the demand for treatment and costs will increase. This is a concern for the health sector, finance ministry and all working in the field of HIV. Once an economic transition occurs the treatment future is predictable and the number of people living with HIV and AIDS decreases. This paper plots two more lines. These are the number of new people from the HIV infected pool initiated on treatment and the number of people from the HIV infected pool requiring treatment. This introduces new transition points on the graph. The first when the number of people initiated on treatment exceeds the number of people needing treatment. The second when the number initiated on treatment exceeds the new infections. That is the theory. When we applied South African data from the ASSA2008 model, we were able to plot transition points marking progress in the national response. We argue these concepts can and should be applied to any country or HIV epidemic.

Exploring the patterns of use and the feasibility of using cellular phones for clinic appointment reminders and adherence messages in an antiretroviral treatment clinic, Durban, South Africa.

Prevalence of and factors associated with malaria in children under five years of age in Malawi, using malaria indicator survey data.

The Increasing Chronicity of HIV in Sub-Saharan Africa: Re-thinking “HIV as a Long-Wave Event” in the Era of Widespread Access to ART