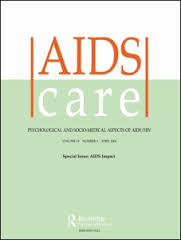 Given the need to improve HIV testing rates to achieve the UNAIDS 90-90-90 goal, the first of which aims for 90% of those HIV infected
knowing their status (UNAIDS, 2014), it is imperative to assess new HIV testing modalities in key populations. Therefore, we conducted a randomized controlled trial comparing HIV test uptake by truck drivers at two roadside wellness clinics in Kenya among those offered a choice of HIV testing methods, including self-administered oral testing, versus the offer of only the one standard testing option. This study was extremely timely as Kenya announced the roll-out of self-testing kits in May 2017, about one year after this study was completed (UNAIDS, 2017).

Death and the sociocultural dimensions of forced relocations: experiences from the Tugwi-Mukosi displacement in Masvingo Province, Zimbabwe

Disability and HIV: What drives this relationship in Eastern and Southern Africa?

Community-based rehabilitation programme as a model for task-shifting