Joint modelling of malaria and anaemia in children less than five years of age in Malawi. 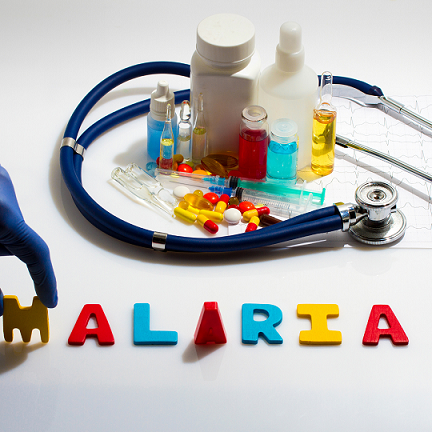 The present study used a secondary cross-sectional data set from the 2017 Malawi Malaria Indicator Survey (MMIS) with a total number of 2 724 children 6–9 months of age. The study utilized a multivariate joint model within the ambit of the generalized linear mixed model (GLMM) to analyse the data. The two response variables for this study were: the child has either malaria or anaemia.

The prevalence of malaria was 37.2% of the total number of children who were tested using an RDT, while 56.9% were anaemic. The results from the multivariate joint model under GLMM indicated a positive association between anaemia and malaria. Furthermore, the same results showed that mother’s education level, child’s age, the altitude of the place of residence, place of residence, toilet facility, access to electricity and children who slept under a mosquito bed net the night before the survey had a significant effect on malaria and anaemia.

The study indicated that there is a strong association between anaemia and malaria. This is interpreted to indicate that controlling for malaria can result in a reduction of anaemia. The socio-economic, geographical and demographic variables have a significant effect on improving malaria and anaemia. Thus, improving health care, toilet facilities, access to electricity, especially in rural areas, educating the mothers of children and increasing mosquito bed nets would contribute in the reduction of malaria and anaemia in Malawi.

I am living a peaceful life with my grandchildren. Nothing else.’ Stories of adversity and ‘resilience’ of older women caring for children in the context of HIV/AIDS and other stressors

Exploring the patterns of use and the feasibility of using cellular phones for clinic appointment reminders and adherence messages in an antiretroviral treatment clinic, Durban, South Africa.