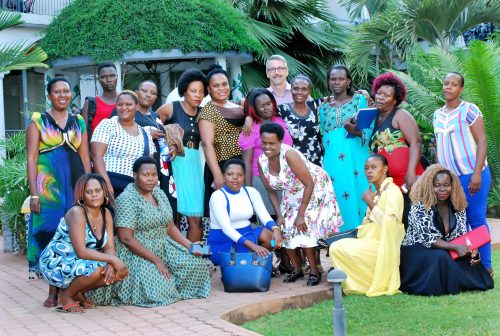 In many regions around the globe, networks of key populations – defined as lesbian, gay, bisexual or transgender persons, sex workers of all genders, and people who use drugs- have formed to establish programmes and provide critical services. These are to promote sexual and reproductive health and to advocate for the respect of human rights and the achievement of justice and dignity for all.

Aids Fonds, an international non-governmental organisation based in the Netherlands, has been a vital partner in these efforts. Through its Bridging the Gaps programme, it has provided funding and capacity development support to over 50 key population-led organisations in five regions around the world.  The aim of the programme- which involves an alliance of eight global networks, is to equip key population-led entities and the communities they support, to increase the fulfillment of human rights, to improve their sexual and reproductive health, and to strengthen individuals and communities to hold governments and other duty bearers to account for promoting their health and rights. Last year, HEARD in partnership with APMG Health, a global consulting and research company based in Washington, DC, entered into an agreement with Aids Fonds to conduct participatory operational research on capacity development interventions offered by organisations in the Bridging the Gaps programme.  The purpose of the research project is to understand which of these interventions effectively equip civil society organisations and networks, to advocate for social change in different countries with different environments.

The expected outcomes are evidence-based recommendations for improving capacity development strategies as well as a major contribution to a growing body of scholarship on equipping key p0pulation-led movements to achieved sustainable change. A component of the research project involves the development of detailed case studies of four national networks and organisations that currently receive support from Bridging the Gaps. These are:  Gays and Lesbians of Zimbabwe, based in Harare; Women’s Organisation Network for Human Rights Advocacy (WONETHA), a sex-worker-led network based in Kampala, Uganda; AIDS Foundation East West- Tajikistan,  (AFEW) which works with injection drug users and operates from Dushanbe, Tajikistan and Youth Vision, which also works with injection drug users in Kathmandu, Nepal. The participatory process includes workshops with staff and stakeholders to identify key achievements and to trace the contribution of different capacity development interventions to these successes.  This phase of the research process is expected to be completed in May this year.

Since it was founded, HEARD has been committed to partnering with communities to build their capacity to achieve sexual and reproductive health and rights.  With this project, HEARD is now extending this commitment to new regions and new communities around the globe.

Selling sex in a precarious economy: Increasing vulnerabilities for young women who sell sex in Zimbabwe

Reporting of sexual abuse and harassment in schools